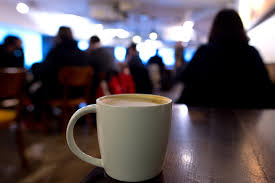 A court ruling earlier this week in California said that a warning label for cancer should be required for coffee has left many in the scientific community quite puzzled.

There is much research that shows coffee does not cause cancer, and can prevent both endometrial and liver cancer. In 2016, the World Health Organization said there was not any conclusive evidence of a carcinogenic effect from drinking coffee.

The court’s decision has put experts in public health at odds with a law in the state that has goals of safeguarding Californian’s health.

One professor from USC who studies diet and cancer said that from a scientific standpoint, no reason exists for the public to worry about consuming coffee.

Proposition 65 in California, officially called the Safe Drinking Water and Toxic Enforcement Act of 1986 mandates that businesses have to warn customers if they are possibly being exposed to any of over 900 suspected or confirmed carcinogens.

On that list is the compound acrylamide, which can be found in burnt toast, French Fries as well as roasted coffee beans.

Certain studies carried out using animals have found exposure to high levels of the compound acrylamide can cause cancer, but little evidence exists of that happening in humans, say experts who have studied links related to diet and the development of cancer.

Researchers also have warned that it is not wise to extrapolate studies of acrylamide that used animals to humans due to the species metabolizing that compound in a different way.

One expert called the court’s decision crazy. Reducing French Fries and coffee to their content of acrylamide is not how diet and nutrition are studied, said the expert.

Others said that Proposition 65 does not account for the benefits that coffee has.

The ruling is an unfortunate one that has demonized coffee as being a carcinogen when overwhelming evidence exists in humans of its benefits or at a minimum no detrimental effect, said the professor.

One drinker of coffee at a local Starbucks in Los Angeles said that she would reconsider drinking coffee if it had a label on it that warned it could be cancer causing.

Over 90 coffee roasters, distributors and retailers, including Kraft, Green Mountain Coffee Roaster, and Whole Foods, could be affected by the decision made on Thursday.

The National Coffee Association president William Murray said that the industry was considering taking legal action, saying that the decision does nothing for improving the public health.